The third stage of the Tour of the Gila saw fierce winds that shook up the GC. Serghei Tvetcov of UnitedHealthcare earned his second victory in Tyrone after blazing through the course clocking a time of 33:30. His teammate, Gavin Mannion finished second 25 seconds behind and Rally Cycling’s Evan Huffman, himself a past winner, with 34:01. Britton was just behind Huffman in fourth for the stage, gaining the overall lead with a 57 second lead over Mannion.

“We executed the plan on Stage 1, which was to get as much time as possible,” Britton said. “We messed up a little yesterday. I was hoping to have a good ride today to take the jersey. It worked out well.”

“I can’t really say I’m surprised,” Mannion said of the wind and times clocked. “I’ve always really liked this time trial a lot. The wind made it slower for everyone, for me it doesn’t really change things. It’s just as hard, you just go slower.”

The women were started soon after the final ride left the starting house in the men’s race. Chloe Dygert of Twenty20 went two for two, after winning in Fort Bayard Thursday. The 21-year-old averaged 24.44 mph. Rally Cycling’s Sara Poidevin was second, 13 seconds behind, and the red jersey leader, Katie Hall (UnitedHealthcare) in third.

“I really had no idea what to expect,” Dygert said. “Leading into it, I was pretty nervous because I really don’t do well with the altitude so I was super nervous about it. I have an awesome coach, Kristin Armstrong, so I was able to get a lot of information from her and Mari Holden (Twenty20 Director). 3K to go I was thinking to myself, ‘I have the world record in this, I can go and can push even more!’ I’m really pleased with my result.”

Stage 3 of the Tour of the Gila was sponsored by Freeport McMoRan. Saturday’s race action will be in downtown Silver City starting at 8AM and continuing until late afternoon, with UCI Men starting just after 4:00PM racing 40 laps.    Watch live at https://www.youtube.com/channel/UC7JRzVdfkf5vTaqjQZEd7rg?view_as=subscriber.  Story contributor: Rebecca Reza

Special thanks to Freeport McMoRan who contributes so much to the communities where they operate. 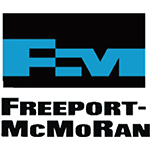