Special thanks to the sponsors of bringing the coverage live–WNM Communications and First Financial Credit Union.

Thanks to everyone of the volunteers who do so much to make this race possible.

Axeon Hagens Berman positioned their team with two laps to go, setting Rice up for his first stage win at the Tour of the Gila. UnitedHealthcare’s Lucas Haedo finished second, ahead of H&R Block’s Marc-Antoine Nadon in third.

“We came into today with a clear plan, we stayed true to our colors and executed well in the final,” Rice said. “Talking through that last lap, Sean Bennett took us through for the bell, Ian Garrison held the front brilliantly into the last corner and Chris Blevins gave me a perfect lead-out, even held on for 5th which is brilliant. I’m very pleased to take the stage honors.”

The men raced 40 laps, with the young guns in the peloton fighting for bonus time and points. Axeon’s Sean Bennett earned just enough seconds to slide ahead in the best young rider classification with a two second difference between himself and Nicolas Zukowsky (Silber Pro Cycling).  The battle for the GC remains the same heading into Sunday’s Gila Monster.

“UHC will have a couple of options and ride aggressive like they did in stage 2 to try and put us under pressure,” 2017 Tour of the Gila Champion, Evan Huffman (Rally Cycling) said. “Rob [Britton] is climbing really good. We have Kyle and myself, all the other guys are really strong. We’re pretty confident we’ll keep the jersey.”

In the women’s race, Emma White (Rally Cycling) out-sprinted Chloe Dygert (Twenty20) denying her a brace for stage 4.  Lauren Hall (UHC) rounded the podium in third. White also nabbed top points in all three bonus sprints to secure her lead in the sprint classification.  Barring any mishaps on Sunday, White will win the green jersey with a lead of 57 points over Dygert’s 27.

“We planned the sprint a little different, I started my sprint a little later,” White said. “I knew she [Dygert] was going to try and play on my weaknesses. I was able to hold her off, but if the finish was too much further she might have gotten me. The lead-out by Kirsti [Lay] made the difference. It’s important to have teammates working in front of you in a race like this, I couldn’t have done it without them.”

The race held together for most of the 25 laps around the 4-corner course in Downtown Silver City amidst a festive atmosphere. Both Katie Hall (UHC) and Sara Poidevin (Rally Cycling) remained attentive at the front of the race, needing every second available with Hall’s 7-second lead on GC before Stage 4.  In addition to the sprint points, bonus time was also available for top three. Katie Hall (UnitedHealthcare) will start Sunday with an 8-second lead over Poidevin.

“We have a really good group of girls here,” Hall said speaking of Sunday’s final stage. “Rally will definitely bring a fight but we’re well prepared.”

The Gila Monster Road Race finale will begin with the UCI men at 9:10 AM from Gough Park in Silver City followed by the UCI women at 9:40 AM.

“We came into today with a clear plan, we stayed true to our colors and executed well in the final,” Rice said. “The boys took control of the race in the last two laps, everyone really pulled their weight, and played a bit part in today’s win. Talking through that last lap, Sean Bennett took us through for the bell, Ian Garrison held the front brilliantly into the last corner and Chris Blevins gave me a perfect lead-out, even held on for 5th which is brilliant. I’m very pleased to take the stage honors.”  Article contributor: Rebecca Reza

Special thanks to the Town of Silver City and all the many town employees who dedicated time and energy to making sure every detail was perfect. 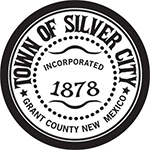