As days began to pass leading up to this year’s Tour of the Gila, elite bike racer Janelle Cole was in a bind.

The pro cyclist, whose United Healthcare Pro Cycling team folded last year, likely couldn’t compete in one of the most challenging UCI stage races in the U.S. if she didn’t find a new UCI team, and fast.

As a UCI class 2.2 event (cycling lingo translation: a major international competition), Tour of the Gila follows UCI rules: teams must be invited to participate, have four to six riders and UCI licenses, among others. And apart from the regulations, riders have a whole host of other needs for such a long and brutal five-day race like transportation, support, follow vehicles and housing.

Cole, like many other elite-level cyclists without a Tour of the Gila-bound team, reached out to the race directors for guest rider opportunities, hoping for one last shot to race one of the most important development races for elite racers looking to turn pro.

“There are very few women’s teams right now that can afford to send and support squads at these big stage races,” Cole said. “If your goal is to be a stage racer and eventually make the jump to the European circuit, you miss out on a great deal of vital development as a racer, and you’re just stuck. Unless you’re fortunate enough to be on one of these ‘big name’ teams, you’re usually just out of luck.” 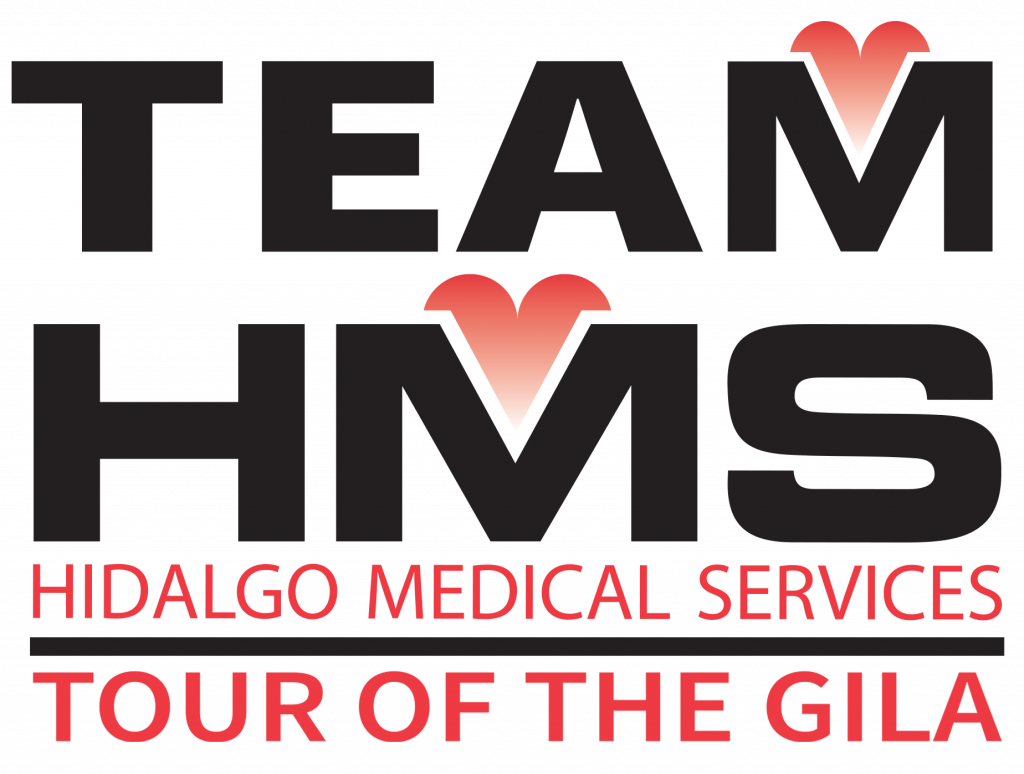 But luck would have it that a Tour of the Gila sponsor, New Mexico nonprofit medical provider Hidalgo Medical Services, saw an opportunity to make an impact.

HMS contributed to the formation of a composite team driven by LUX Cycling’s U19 women’s racing squad. The medical services provider will help the team offset costs for things like new kits sporting the HMS logo, travel, race registration and team staff support.

HMS will be the first local entity to sponsor a composite team for the race, said Tour of the Gila race director Jack Brennan.

“The turning point was when [HMS CEO] Dan [Otero] realized he could provide the opportunity for women to race here who wouldn’t be able to otherwise,” Brennan said. 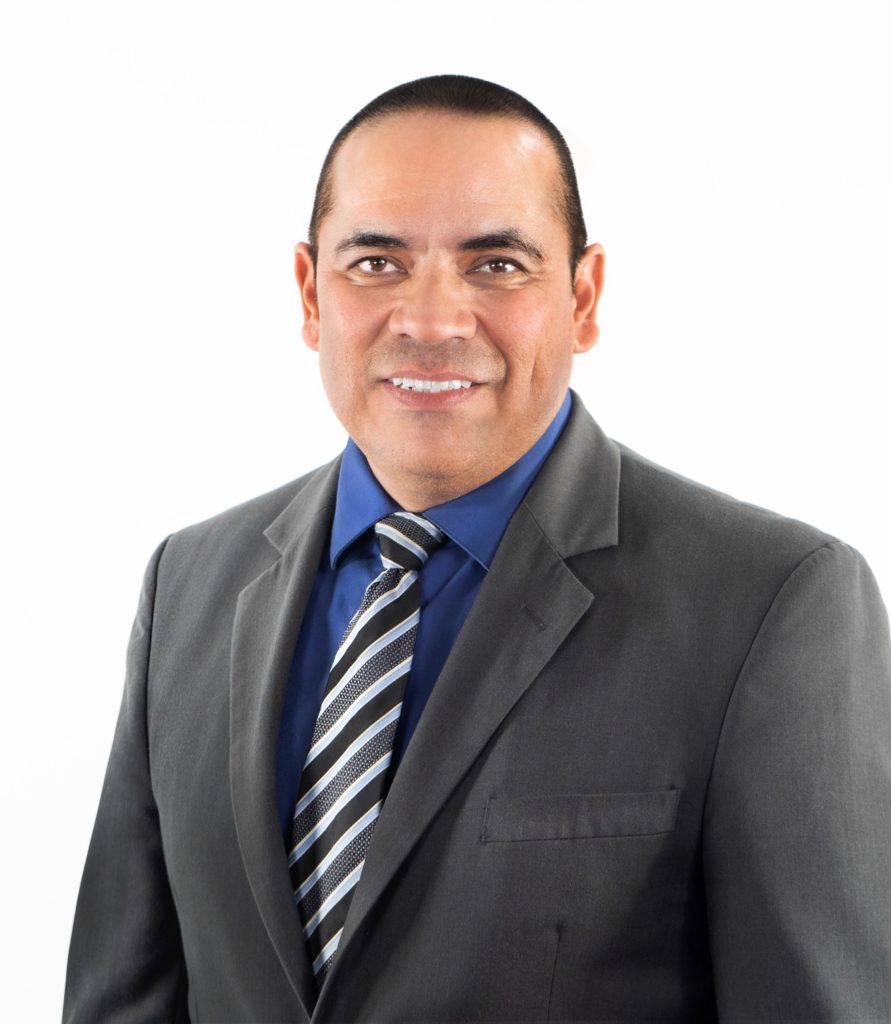 “Seeing our community come together for this event is what makes me proud to be a part of such a great organization and community,” Otero said.

HMS envisions leading the way in providing medical, dental, mental health and family support services in all of Hidalgo County and the Southwest. It is striving to become a national model for sustainable health services and community development, according to HMS’ website.

Many of the Tour of the Gila stages pass through or near HMS provider locations: Stage 1 will pass through the towns of Cliff and Gila, while Stage 2 passes through Santa Clara. Stage 4’s crit, situated in downtown Silver City, is also the home of HMS’s largest facility.

HMS also will provide medical staff for Tour of the Gila.

“HMS has historically supported the Tour of the Gila and we are proud to be partnering in a new and enhanced way in 2019,” Otero said. 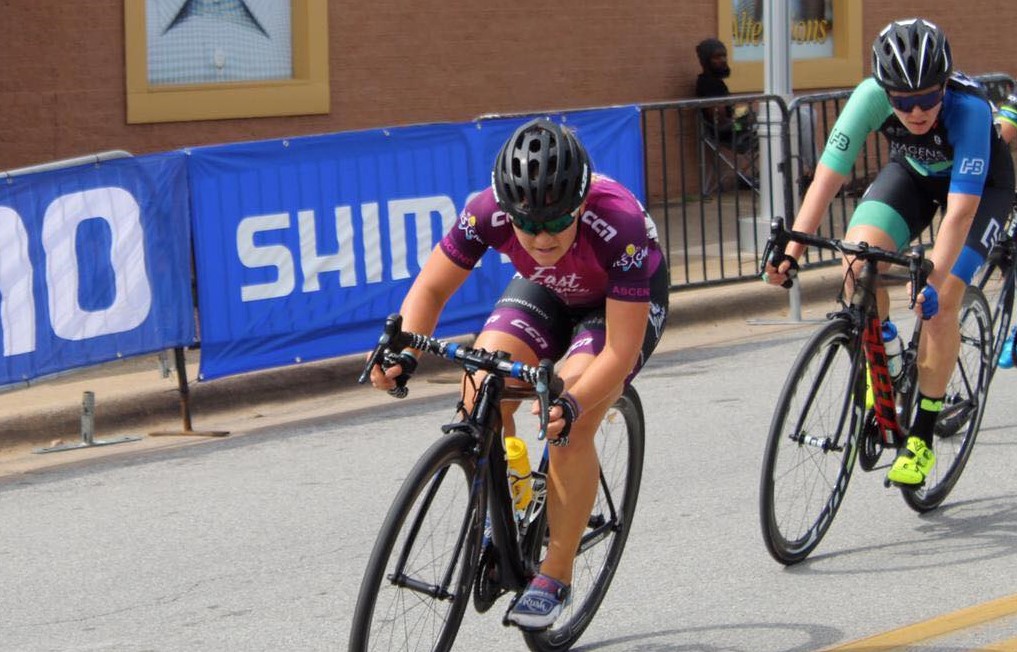 In addition to Cole, 22, who spent the winter in Tucson, Arizona training and racing and most recently competed in the Joe Martin Stage Race in Arkansas for her Fast Chance Women’s Cycling trade team, HMS will have roster of decorated elite racers: 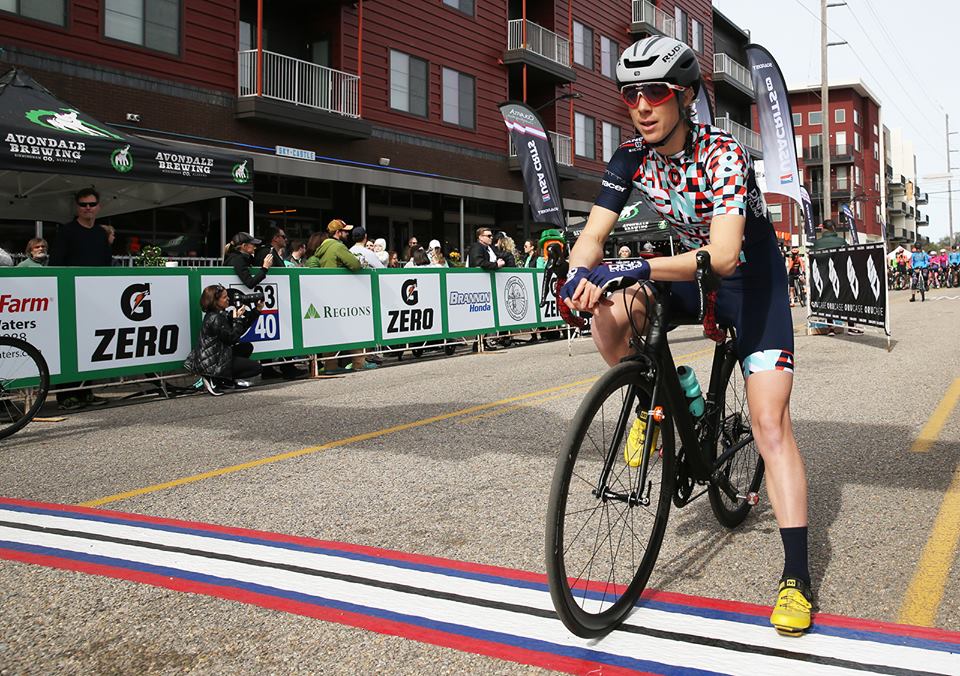 No stranger to Tour of the Gila, Heather Fischer, 30, topped the podium in the crit in 2016. She previously competed with Team TIBCO-Silicon Valley Bank and Rally Cycling. Currently she races for DNA Pro Cycling. 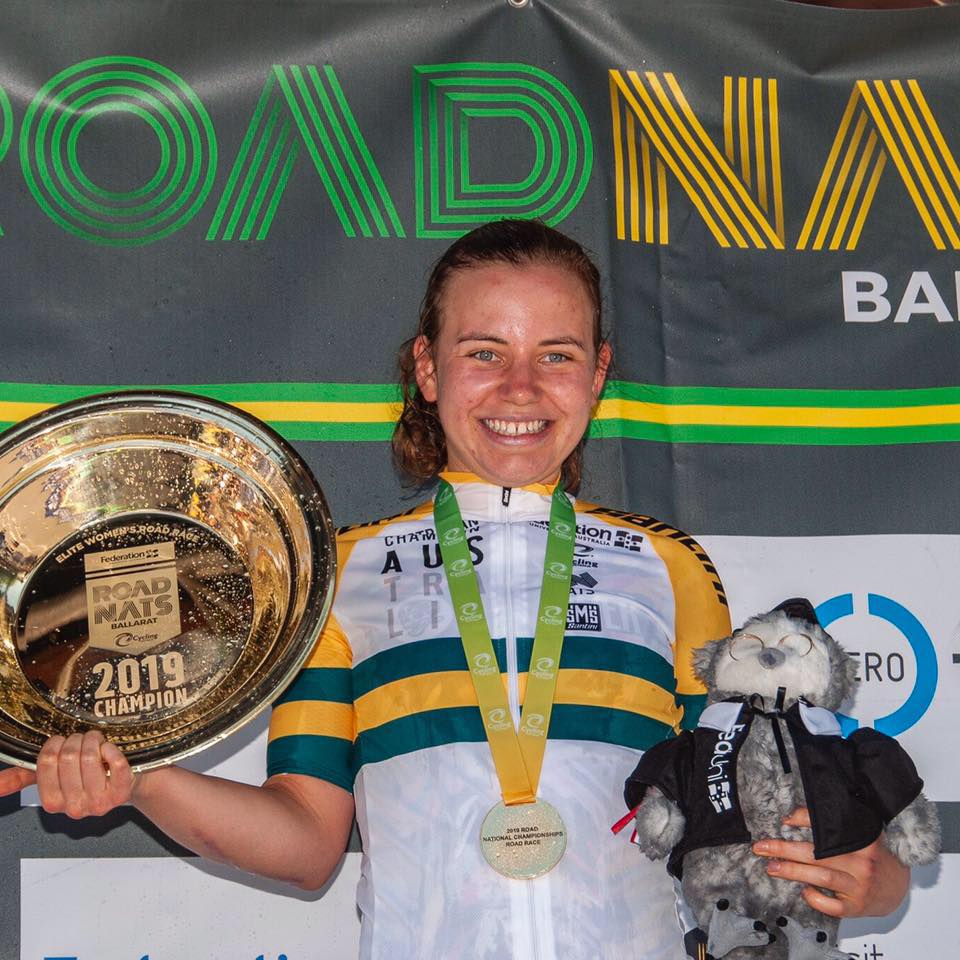 Two Australians also will make their way up from down under. Sarah Gigante, an 18-year-old phenom, is the current Australian Elite National Road Champion. Hailing from Victoria, Australia, Gigante beat her cycling idols to win a national title in January. 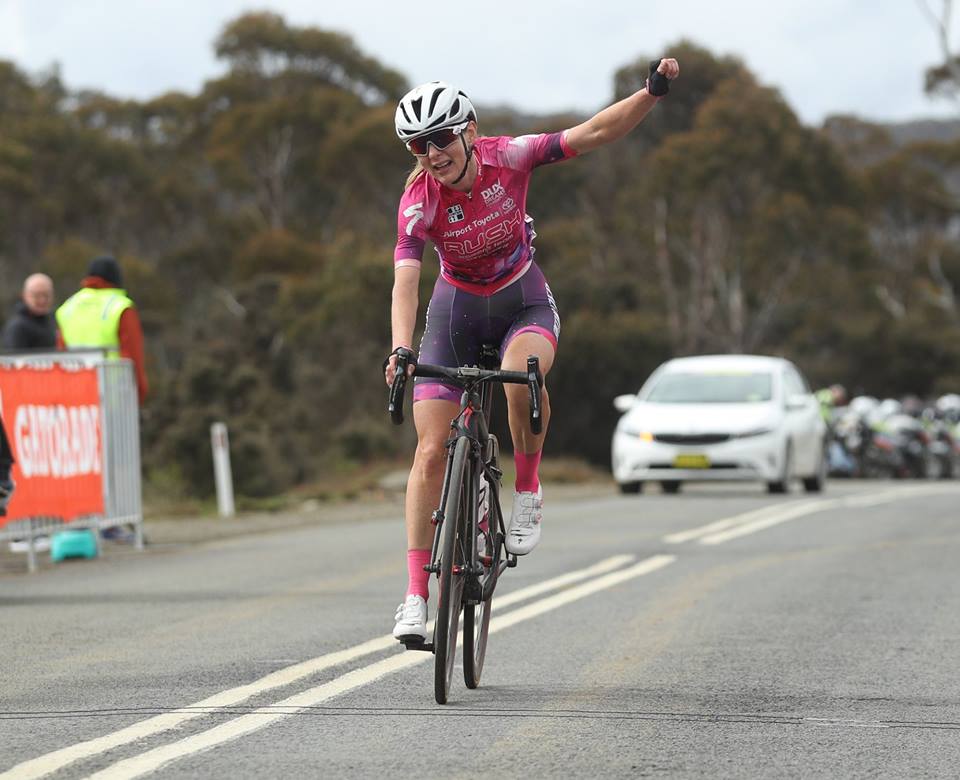 Gigante’s fellow countrywoman, 40-year-old Justine Barrow, will join her. Barrow raced Tour of the Gila in 2018, and the same year she won the general classification of the inaugural Spirit of Tasmania Cycling Tour, with Cycling Australiacalling her the “queen of climbing.” 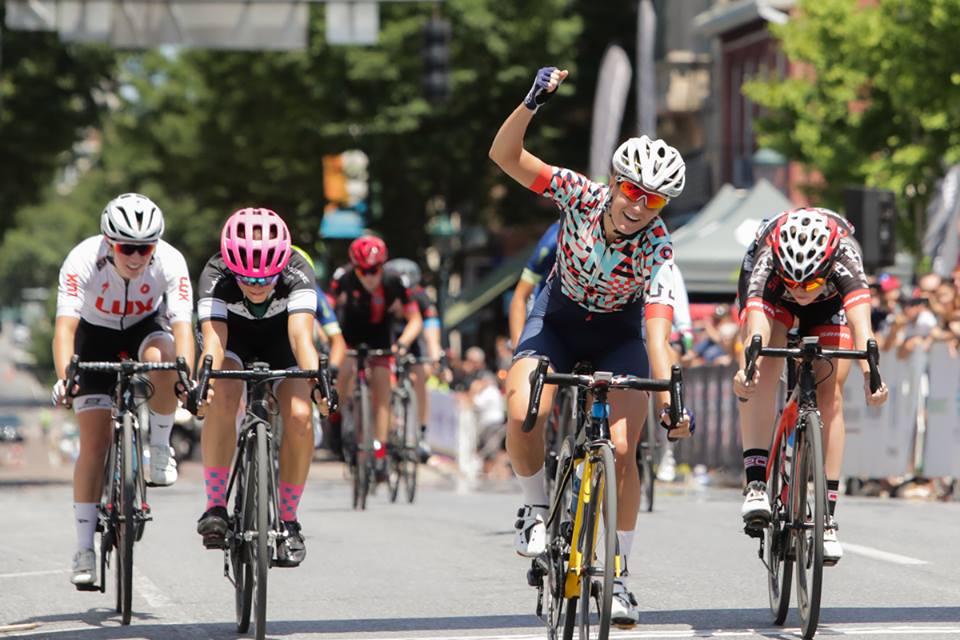 Katie Clouse, the 2018 U.S. Junior 17-18 National Cyclocross Champion and 2018 U.S. Junior 17-18 National Road Race Champion, will be making the trek back from racing in Europe to compete at Tour of the Gila. At only age 17 (racing age 18), Clouse has won dozens of national titles across cyclocross, mountain biking and road disciplines. She races for DNA Pro Cycling. 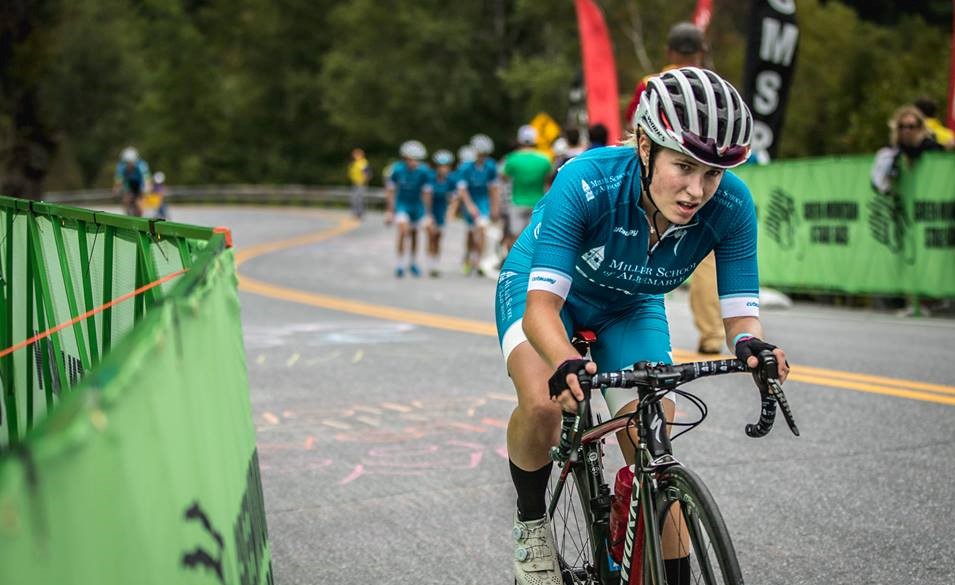 Jane Tullis, 18, who finished just behind Clouse in the 2018 U.S. Junior 17-18 National Championship Road Race, has a number of other top-ranking finishes at national races in her young career. She is the sole rider from the LUX Cyclingteam to race on the HMS team.

Gigante said she’s excited to race Tour of the Gila and grateful to HMS for bringing her and her Australian teammate on board.

“I’m looking forward to hopefully learning a lot from this American race block, meeting heaps of awesome people and just making the most of the experience,” Gigante said. “I know that the Tour of the Gila is a very tough tour, so that has already made it one of my favorites even before I’ve lined up. I love challenges, so the intense climbing and altitude sounds like it will be a really tough and fun week of racing.”

Cole, who has never raced Tour of the Gila before, said she plans to seize the opportunity she now has and make the most of each stage.

“With so few big stage races in the U.S. for women, I never take the opportunity to race one for granted,” Cole said. “Gila has been a bucket-list race for me since I began racing—even though no one’s ever mistaken me for a climber—simply because of its reputation as one of the hardest stage races. I relish the opportunity to work with and learn from riders whom I’d normally be competing against.”

But Cole also said she recognizes the support from HMS as a step forward in the big picture of women’s racing. Her trade team, Fast Chance Women’s Cycling, competes in stage races to gain development and make the jump from amateur to pro. They follow the acronym “ASCEND” or Ambassadors, Spokeswomen, Champions, Entrepreneurs, Networkers and Dedicated.

“Women’s cycling needs support from inside and out to continue the positive trajectory we’re on: from the Colorado Classic moving to women’s-only to the new minimum salary requirements, we have a lot of momentum. Racing Gila with HMS is the perfect way to ‘ASCEND’.”