Elevate-KHS Pro Cycling put an exclamation point on their domination of Tour of the Gila so far by sending Eric Young across the line to victory in Saturday’s Stage 4 Downtown Silver City Criterium. 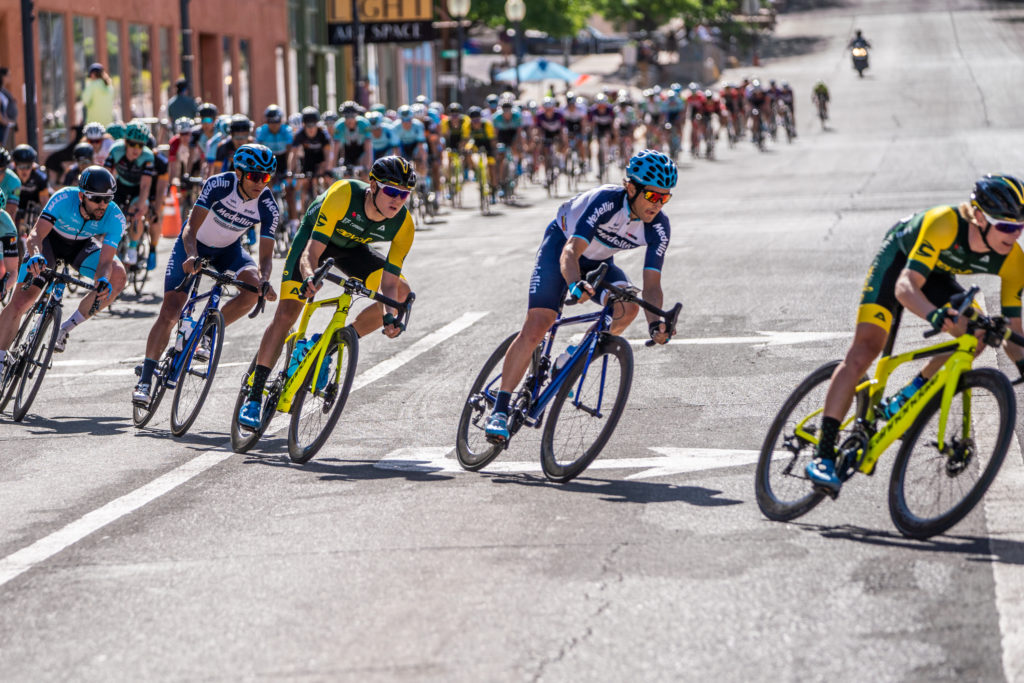 “Our main priority was James in the leader’s jersey, so we just wanted to keep it all close together, not necessarily together, but close enough so that we could get tomorrow with the same results, and then we followed a few other teams, specifically, and that ended up just neutralizing everything,” Young said.

With about 10 laps to go, Young’s team prepared for a sprint by controlling the front of the field.

“We knew that Floyd’s [Pro Cycling] was going to come over us in the last couple laps,” Young said. “So me and Alfredo, our other sprinter, we were ready for that and got in there and were on them for the last two laps.”

Young, who has won the crit at Tour of the Gila before, said his team took note from Stage 2 that Floyd’s Pro Cycling has a strong last kilometer leadout.

“I knew if we just let them go, they’ll have a good chance of winning, so I battled [Travis McCabe (Floyd’s Pro Cycling)] for the last corner, won that, and was able to hold on to the end, and Alfredo was also there,” Young said. “If I had faltered, he could have been there and won, so it was a good team effort. Our guys rode awesome, super hard, and we’re really excited for tomorrow, to win the overall for James.”

McCabe’s teammate, Canadian Nickolas Zukowsky, said that McCabe’s wheel nearly washed out in the final turn, but he was able to save it and hit the line for second place, followed by Mexican Jose Alfredo Rodriguez Victoria (Elevate-KHS Pro Cycling) in third.

Within the race, McCabe picked up maximum points on one of the intermediate sprints and gained big points by finishing second to put him only two points down from Michael Hernandez (Aevolo) in the Sprint Leader competition. Making an appearance in every intermediate sprint on the day was ever-present Canadian Travis Samuel (DCBank Pro Cycling), who is in fourth place and one point down from Zukowsky. 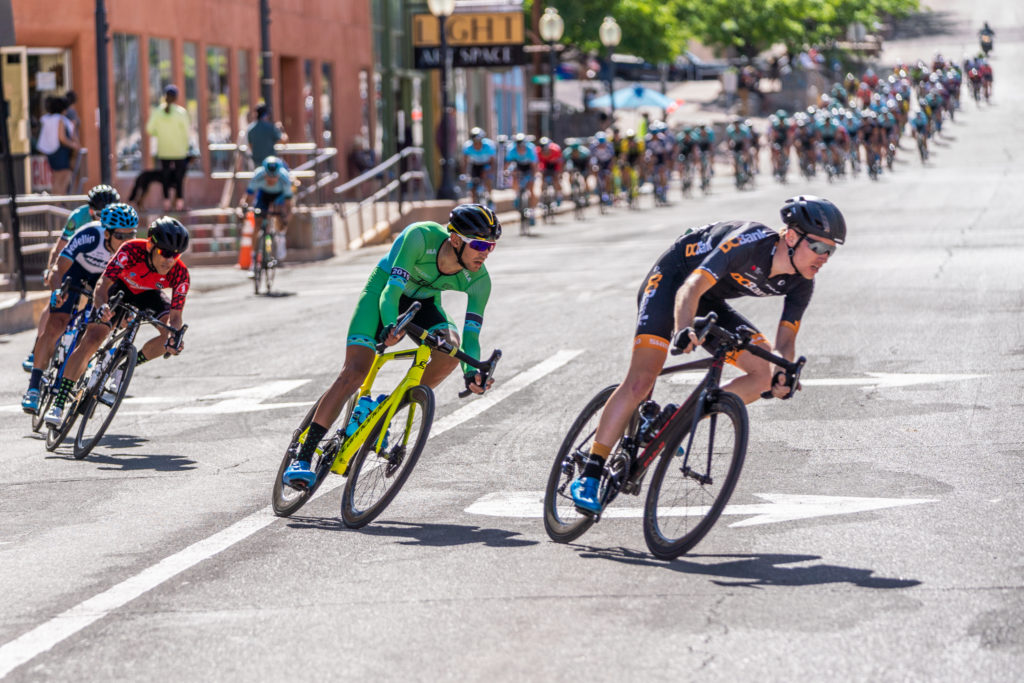 “I think it’s going to be close either way between Travis [McCabe] and I, so it’s kind of going to be a gold mine tomorrow,” Hernandez said. “Travis Samuel is a really strong time trialist and we were in the break together the first day. He took the first sprint, I took the second, so he got the jersey the first day and the second day I was able to get some points by the sprints, and McCabe is just a good sprinter, so he’s going to win the finish points, so I’m just trying to get him wherever I can.”

Two bonus sprints will be up for grabs during Sunday’s Gila Monster stage.

Team Medellín also sent riders on the attack Saturday, perhaps sending a reminder that their team is ready to put up a fight Sunday on behalf of Sevilla Rivera. With 9,131 feet of climbing waiting for them north of Silver City, the Colombian-based team will have plenty of opportunities to steal the lead from Piccoli.

“We live in Colombia, and we like mountains, but we have a lot of respect for all of the riders,” Sevilla Rivera said. “Piccoli has a really strong team, and they are going to work hard to defend it well. We hope for good legs and to climb fast.”

Although the main event will be between Piccoli and Sevilla Rivera, plenty of other riders will be looking to move up or even win GC depending on how the 100.6-mile race shakes out. Zukowsky is looking at a minute and 14-second deficit in third place. Canadian Adam Roberge (Elevate-KHS Pro Cycling), currently in fourth, is one minute and 22 seconds down on GC. Alex Hoehn (Aevolo) is one minute and 48 seconds back.

“This has been an awesome week for us, every stage we’ve won, placed, defended, or just done an amazing job,” Piccoli said. “I’m super proud of this team. We’ve really showed that we’re here at the Tour of the Gila to win, and to race our bikes, and we have a great time together.” 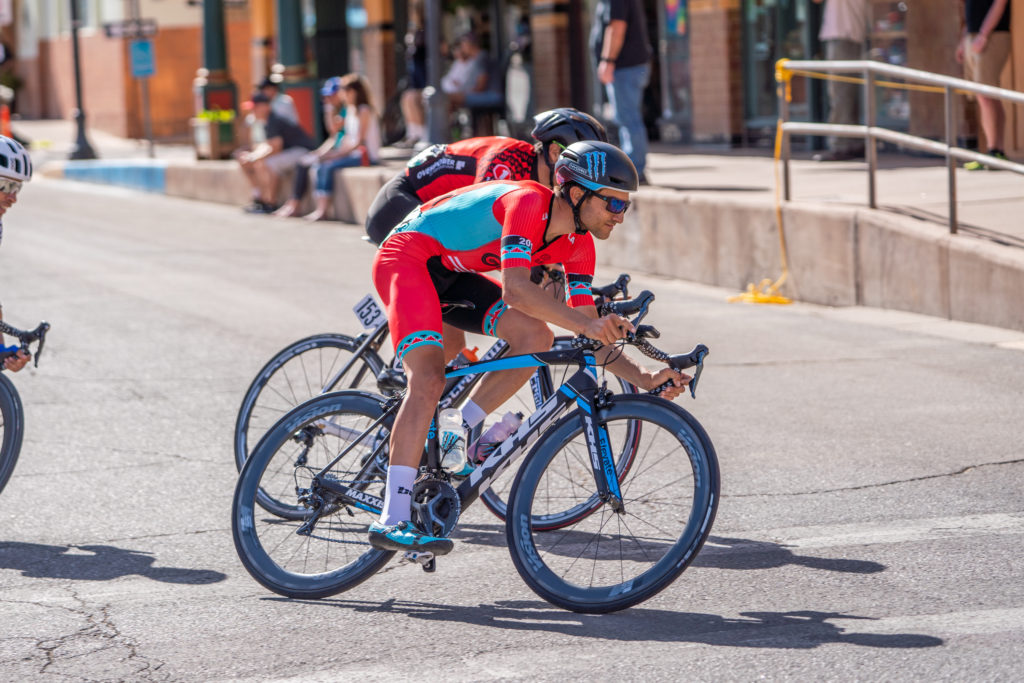 Piccoli said the Gila Monster is among the toughest days in American bike racing.

“I really think we have the team to defend, and that will be our goal,” Piccoli said. “And 46 seconds is a decent chunk of time, and that’s just on one guy and further back the gaps just get bigger and bigger, so I’ll have the guys I need to watch and if anything goes sideways I can always ride, but 46 seconds is a lot. Unless something goes wrong, I think we should be able to pull it off. We have a lot of cards to play, we have strong guys, and the team’s in a really great position.”

In the last three years, the Gila Monster stage winner has crossed the finish line an average of less than two seconds ahead of the second-place finisher on the stage.