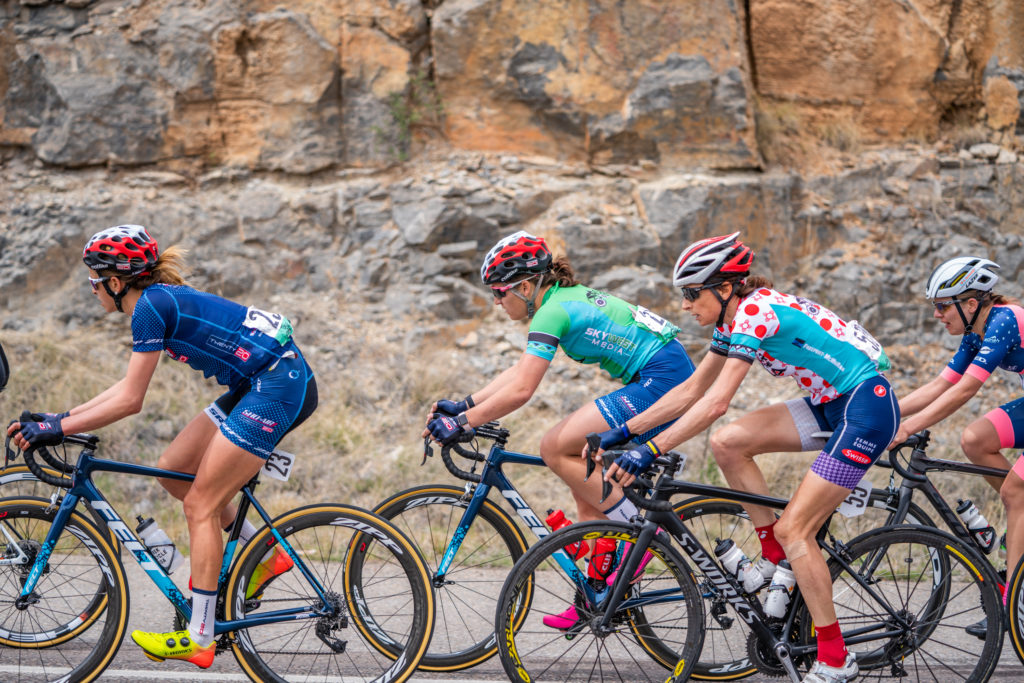 To be posted as received.

TOUR OF THE GILA DAY 2

Rally UHC Cycling showed Thursday that pure grit can power you to the top of the podium as Heidi Franz stuck a break with several other riders, climbed away from them with one other competitor, then never gave up as she barreled toward the finish in a two-up drag race that ended in her first UCI win.

Franz bested Olympic bronze medalist and world champion, Canadian Jasmin Duehring (Sho-Air TWENTY20), after the two attacked with about 12 miles to go from a breakaway of five riders. At one point the break included seven riders as they bridged to join, but all bets were off and the break attacked itself, losing riders here and there until Franz and Duehring dropped them.

Coming into the finish, Franz had the legs to carry her over the finish line before Duehring, who moved into first place on GC with a 12-second lead. LeighAnn Ganzar (Hagens Berman | Supermint) rounded out the podium by beating out Abby Mickey (Rally UHC Cycling) on the finishing straight.

Tomorrow they will head into the Tyrone Individual Time Trials presented by Freeport McMoran.

Floyd’s Pro Cycling’s dynamic team strategy paid off Thursday at Tour of the Gila’s Stage 2 Inner Loop Road Race when the field caught a six-man break and the team sent their sprinter Travis McCabe to seal the deal and post up for victory in the last 800 meters.

McCabe’s teammate, Alexander Cowan, had attacked solo at about 23 miles into the race before five others joined him. When the field closed in with less than 10 kilometers to go, it was left up to McCabe’s lead-out train to deliver him to the finish.

As they crossed the line, it was McCabe for the win and his teammate, Best Young Rider Nickolas Zukowsky, in second. Michael Hernandez (Aevolo) rounded out the Stage 2 podium in third.

Tomorrow they will head into the Tyrone Individual Time Trials presented by Freeport McMoran.

General Classification (overall race leaders for the five-day race) results have not changed: